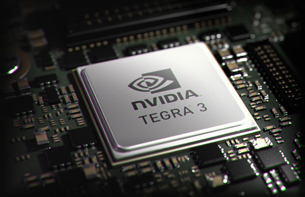 gaming graphics, but is now getting its advanced chips inside tablets and supercomputers.

and less power consumption in desktops and ultrabooks.

Comments by Nvidia’s chief executive, and one of its customers, indicate the company’s efforts

will also lower the price and raise the performance of some products months from now.

The key Nvidia chip in tablets that run on Google’s Android operating system is called Tegra,

which came out in a third major version last November, and is now making its way into the market.

components that, once these cost savings take hold, Android tablets will by this summer cost as

“We took out $150 in build materials, things like expensive memory,” he said.

With the new iPad from Apple starting at $499, it is a striking price difference.

But is that enough to make Android a potent competitor to the iPad? That is already the price of

an existing Android tablet, the Kindle Fire from Amazon, which quickly became the second best-selling

tablet on the market after the iPad. Mr. Huang, however, thinks that tablets running Windows 8

from Microsoft could make a lot of difference.

“Android hasn’t developed as I’d hoped,” he said. “For many people, though, work is still

the primary reason to have a computer. They want Windows to work well, they want Outlook to work well

A tablet running Windows 8 with Tegra could be very nice.”

Windows 8 is expected around the end of the summer, well before Nvidia chips could be available.

Vaio computer line that is a Google Chromebook. While these very light and cheap Web-oriented

machines have had little impact in the market, manufacturers are still trying.

Inside the Sony machine is a chip identified only as T25. This is almost certainly a Tegra 2.5,

it filed the patent. Previously, Chromebooks have run on Intel’s Atom processor.

The Tegra model would use designs from ARM, which tend to have longer battery life.

Another of the Tegra’s notable features is the ability to use 3-D graphics, and the 2.5 version runs

slightly faster than its predecessor. That could be an interesting riposte to Apple,

which is emphasizing the screen quality of the latest iPad.

Here is a guess about when you might see a Vaio Chromebook: June 27, the first day of Google’s

I/O developer’s conference. In the past, I/O has been a showcase for Google-friendly tablets and phones. 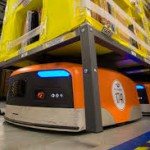 Disruptions: At Amazon, the Robot World Comes a Little Closer 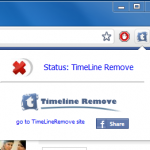