Devs Get to Noodle With Android N

Google last week announced a developer preview of Android N, the forthcoming release of its mobile

The release came early; it was widely expected to be unveiled in May at GoogleI/O 2016, the Google

An issue with Android is the long interval before the latest version gets into consumers’ hands. Android

Lollipop, released 16 months ago, this month finally overtook the previous version, KitKat, in number of

Multiwindow support will let users display more than one app simultaneously. It will let handheld

devices run two apps side by side or one above the other in split-screen mode, allowing users to view a

Web page on one side and compose an email on the other, for example.

On TVs, apps will be able to use picture-in-picture mode to continue video playback while users are

interacting with another app.

with Windows 10 in the long run,” observed Al Hilwa, a research program director at IDC Seattle.

Multiwindow “is a crucial feature for any serious contender in the two-in-one market,” said Eric Smith, a

senior analyst at Strategy Analytics. “Apple brought it to iOS9 for newer iPads, and Windows two-in-

“Android’s behind the others there,” remarked David MacQueen, an executive director of research

at Strategy Analytics. Multiwindow “will be the most obvious and, I think, useful change.”

However, the resizing “could easily cause some problems for developers, who will have to think about

how their UI and look and feel will change,” he told LinuxInsider.

As for direct reply, the feature “makes a big difference for ease of use so users aren’t forced to go to each

app to respond to messages,” Smith pointed out.

control the update procedure,” he suggested, but “whether this ability stays in the general release is up

The Rush to Early Release

incorporate it, thus compressing the effective time to market across the ecosystem,” IDC’s Hilwa told

focused on changing, as it lowers the overall user and developer experience,” he added.

the slow adoption of new releases of Android. That likely won’t be any different for Android N.

“I don’t expect usage to be above 10 percent a year after it’s released,” Strategy Analytics’ Smith

fragmentation,” he told LinuxInsider. “The best case scenario is that two-in-one tablet vendors use this

to bring productivity to Android devices in a very low-cost way for the 2016 holiday season.” 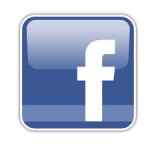 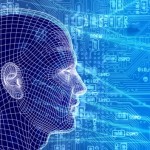